“Adopting one child will not change the world;
but for that child, the world will change.” -unknown

Berger Schatz Family Building provides comprehensive legal services related to your family building journey.
At both our Chicago and Lake Forest offices, we offer a wide range of adoption services, many of which are described in more detail below. Contact us to obtain more information about how we can assist you in growing
your family by adoption. 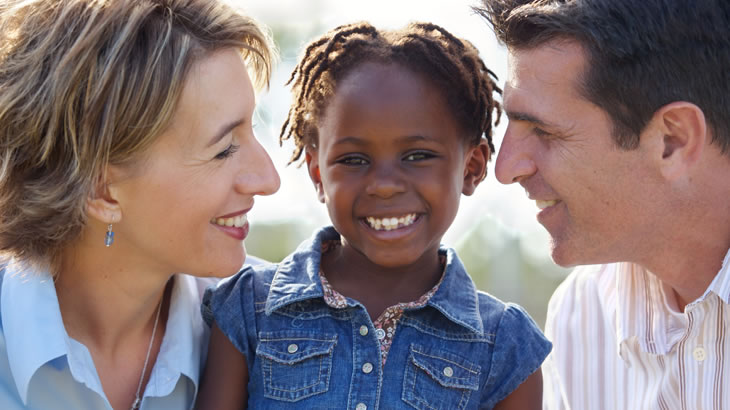 Illinois, along with several other states, has laws that explicitly allow same-sex couples to adopt. A co-parent adoption is the joint adoption of a child by two (2) unmarried adults who jointly seek a permanent and legal relationship with the child. In contrast to a second parent adoption (defined below), neither adult is already the biological or legal parent of the child. Where there is a co-parent adoption, if the couple were later to dissolve their adult relationship, each parent would be equally entitled to custody of the child. In such a situation, a court would determine custody based on the best interests of the child, without giving an automatic advantage or preference to either parent.

A domestic adoption is the adoption of a child residing in the United States by adoptive parents who are
U.S. citizens.

A Guardian Ad Litem is an attorney appointed by the court to represent the interests of a minor child or minor birth parent in the adoption process. The Guardian Ad Litem, frequently referred to as the “GAL,” considers the best interests of the minor and may perform a variety of roles, including that of an independent investigator. Before making a recommendation to the court about the adoption, the GAL receives information from birth parents, adoptive parents, and social workers.

In 2000, the United States passed the Child Citizenship Act, which automatically grants U.S. citizenship to a minor child adopted from another country by parents who are U.S. citizens.

An interstate adoption is the adoption of a child who is a resident of one state by adoptive parents who are residents of another state.

The Interstate Compact for the Placement of Children

The Interstate Compact for the Placement of Children (“ICPC”) is a set of laws governing the movement of a child born in one state and adopted by adoptive parents in another state. For the purposes of the adoption, it is illegal to move a child across state lines without meeting the requirements of the ICPC.

Most adoptions of foreign-born children by parents in the United States are finalized in the child’s country of birth, where adopting parents obtain a foreign adoption decree written in the language of the child’s birth country. Upon returning to the United States, many adoptive parents go through the process of adopting the same child through a formal adoption proceeding in their state of residence. The process is known as re-adoption, and it is a means of documenting the parent-child relationship under both United States and state law. In Illinois, with the entry of a re-adoption decree, the adoptive parents obtain an Illinois “Record of Foreign Birth,” a document that is legal and binding throughout the United States. This document is similar to a new birth certificate and will list the adoptive parents as the birthparents of the child.

llinois, along with several other states, has laws that explicitly allow same-sex couples to adopt. Second-parent adoption occurs when the biological or legal parent of a child is in a relationship with another adult who wants to share parental rights and responsibilities. In contrast to a co-parent adoption (defined above), one of the parents shares a biological or legal relationship with the child. The biological or legal parent consents to relinquish sole custody of the child so that his/her partner can become a second, legal parent. Second-parent adoptions give the child two (2) legal guardians. The adoption protects both parents by giving each of them legally recognized parental status. If the couple were to later dissolve their adult relationship, each parent would be equally entitled to custody, which a court would determine based on the best interests of the child, without giving an automatic advantage or preference to either parent.

Adopting a stepchild is the most common form of adoption. In a step-parent adoption, a biological parent relinquishes parental rights by way of consent and the step-parent who adopts will be legally responsible for his or her spouse’s child.