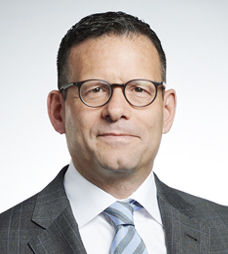 Jason G. Adess is an experienced and respected divorce lawyer who is skilled at attaining positive outcomes for his clients under difficult circumstances. While Mr. Adess approaches every case with the goal of negotiating an advantageous settlement wherever possible, he is also a seasoned litigator who has successfully represented clients in trials and appeals on a wide range of issues, from valuation and distribution of assets to child custody and visitation matters.

In September 2008, Mr. Adess was named one of “40 Illinois Attorneys Under Forty to Watch” by the Law Bulletin Publishing Company. Mr. Adess has also been continually named to the Leading Lawyers Network since 2004 and is one of a select group of attorneys to earn a peer rating of AV® Preeminent™ by Martindale-Hubbell®. He is a member of the Illinois State Bar Association (past member of the Family Law Section Council) and the Chicago Bar Association.

Mr. Adess is an active participant in the local and national legal community, and speaks frequently before legal and professional associations and to law students on issues relating to matrimonial and family law. His recent lectures have addressed best practices in conducting and defending depositions, and methods of analyzing custody evaluations; he has presented at the Illinois State Bar Association, the Chicago Bar Association and DePaul University. Mr. Adess is also a regular contributor to legal publications and has written on topics such as child-support calculations, custody rights of grandparents, pension-fund assets, and attorneys’ fees.

“What Every Lawyer Should Know About Divorce,” CBA Power Lunch Series, May 2011.

“Timing is Everything for Attorney Fee Petitions,” Chicago Daily Law Bulletin, May 2000.

“Hunt is on When Divvying Pension Funds,” Chicago Daily Law Bulletin, May 1997.

“40 Illinois Attorneys Under Forty to Watch” by the Law Bulletin Publishing Co., September 2008.