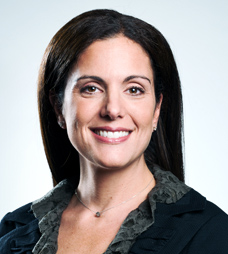 Sharon Steinberg Mobley is a highly experienced attorney who counsels clients in all areas of family law, including prenuptial agreements, post nuptial agreements, negotiation and settlement, complex financial and business analysis, and contested court proceedings. Additionally, Ms. Mobley represents clients who require assisted reproduction contracts including egg donation, sperm donation, and gestational surrogacy contracts, and the review of fertility clinic contracts governing the disposition of embryos. Ms. Mobley joined Berger Schatz in 2000 and has been a partner since 2006.

Before attending law school, Ms. Mobley spent several years practicing social work in Chicago, working with children and families in school settings, as well as in the Juvenile Court system. Her experience counseling families and individuals in crisis, navigating various systems and policies, and working to resolve conflicts of all types, laid the foundation for her future career in family law.

Ms. Mobley was selected for inclusion in the 2008, 2009, and 2010 list of Rising Stars by Illinois Super Lawyers and for each year since 2013, has been selected for inclusion in the Illinois Super Lawyers list. She was also selected by her peers for inclusion in The Best Lawyers in America® 2015 and 2016 editions. For each year since 2011 she has been named to the peer-recommended Leading Lawyers Network. In 2015, Ms. Mobley was listed in the Leading Lawyers Top 10 Adoption Attorneys in Illinois and Top 100 Women Attorneys in Illinois.

Ms. Mobley is admitted to practice in Illinois and New York.