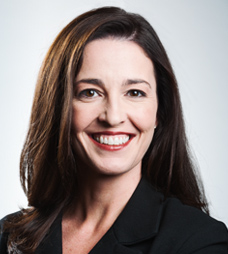 Zora Ristanovic is a highly experienced attorney who advises clients in all areas of family and matrimonial law.  Before joining Berger Schatz in 2006, Ms. Ristanovic practiced matrimonial and family law with the law firm of Davis Friedman LLP. Prior to practicing family law, Ms. Ristanovic handled regulatory and compliance matters as Assistant Counsel at Allstate Insurance Company.

Ms. Ristanovic has been selected for inclusion in the Illinois Super Lawyers® list continually since 2012.  She has been named to the Leading Lawyers Network annually since 2006 and was also selected by her peers for inclusion in The Best Lawyers in America® 2015 and 2016 editions. Ms. Ristanovic was selected as one of The Most Influential Women Attorneys in Chicago in 2017 by Crain’s Chicago Business.

Ms. Ristanovic is a member of the Illinois State Bar Association, and previously served on the board of directors for the Serbian Bar Association from 2006 to 2008.

Ms. Ristanovic has lectured on matrimonial law at DePaul University College of Law. Ms. Ristanovic serves on the Public Affairs Committee of the Chicago Chapter of the U.S. National Committee for UN Women.  She has done advocacy at both the state and federal level, and has handled a number of pro bono cases and volunteer projects locally and internationally.