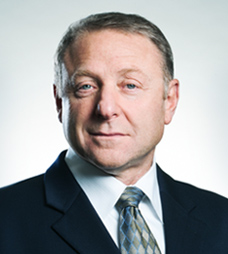 David Kirsh has over three decades of experience in all aspects of domestic relations and matrimonial law, including dispute resolution, litigation, and appeals. A skilled negotiator, Mr. Kirsh emphasizes settlement when possible, but is also an experienced litigator who during his career has handled hundreds of hearings and trials.

Mr. Kirsh began his legal practice at Kirsh, Nadler, and Berman in 1980. In 1985, he opened his own firm, Kirsh & Eichner, then joined Kalcheim, Schatz & Berger in 1988. After moving to Colorado in 1993, he launched one of the premier domestic relations practices in the state, James, Kirsh, Innes-Brown & Ware. In 2009, Mr. Kirsh returned to the Chicago area and rejoined his former firm, Berger Schatz, as a partner.

Mr. Kirsh has been a member of a number of national and state bar associations, and has served on various committees for each of these organizations. Over the course of his legal career, he has also contributed hundreds of hours of service on behalf of pro bono clients. In a recent case, Mr. Kirsh was one of the lead attorneys in which his client received the largest maintenance award ever granted by an Illinois Court.

Since 2011, Mr. Kirsh has been selected by his fellow attorneys to the “Leading Lawyers Network” as one of the best attorneys in Illinois practicing in the field of domestic relations. He was also chosen to the 2013 Super Lawyers list and was selected by his peers for inclusion in The Best Lawyers in America® 2015 and 2016 editions.

Mr. Kirsh is admitted to practice in Illinois and Colorado.